Every day in the UK some of the most vulnerable children in our society are transported in caged vehicles, physically restrained and even placed in handcuffs, despite the practice being condemned by the Children’s Commissioner, the UN Committee against Torture and at the UN Convention on the Rights of the Child.

For children who are already on the fringes of society - such as those in care, have a history of self-harm or who have been exploited by gangs - this only adds to their trauma.

We believe that handcuffs and restraints are deeply damaging to children – both physically and mentally - and that all children should be treated with kindness and respect so that they can lead safe, fulfilling lives.

Why mindsets towards vulnerable children and young people need to change.

That is why we’re launching the Hope instead of Handcuffs campaign and we would like you to be a part of it. Our core campaign objectives are for the government to:

• Legislate to ban the handcuffing, restraining, or caging of children except when there is a considerable risk of the child harming themselves or others

• Recognise that a new approach is needed that treats vulnerable children - such as those exploited by county lines gangs - as victims instead of criminals and which provides them with the consistent, timely, high-quality interventions they need to rebuild their lives 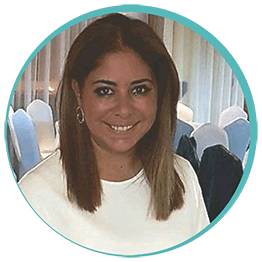 "Many of the children we work with are traumatized from being transported by other companies who don’t share our child-centered philosophy. Some have been in caged vehicles, physically restrained and handcuffed.

We’ve proven it doesn’t have to be this way. Every young person is worthy of care and respect and our work won’t be done until we’ve ensured that no child or vulnerable young person has to suffer being dehumanized in this manner."

To receive updates on the campaign, and to find out how you can become involved, please email

We use cookies for personalisation, analytics, and for other purposes. Learn more or change your cookie preferences. By interacting with this site, you agree to our use of cookies.